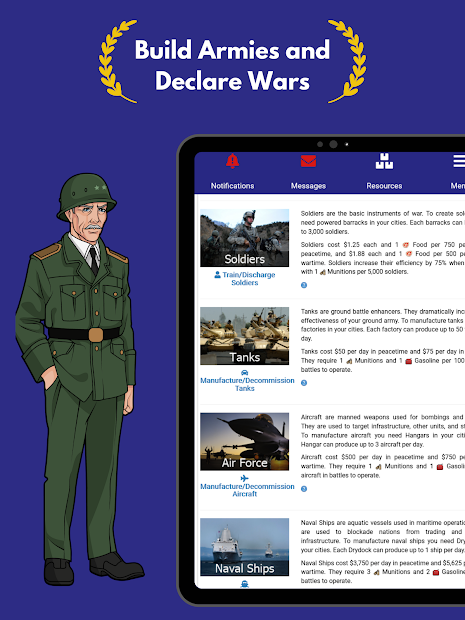 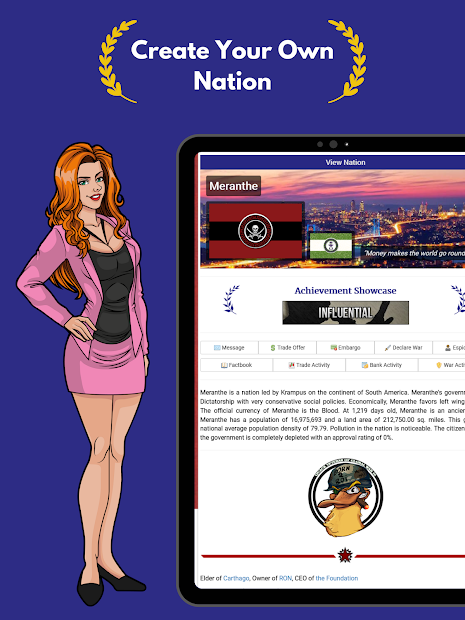 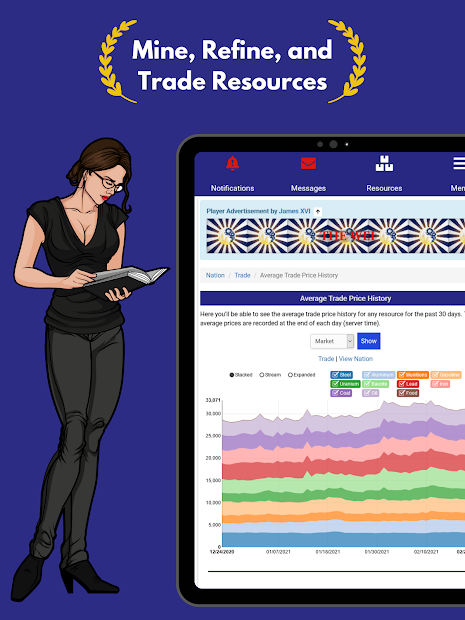 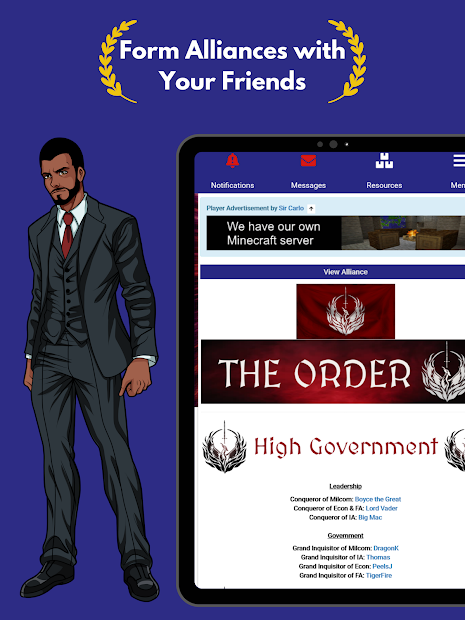 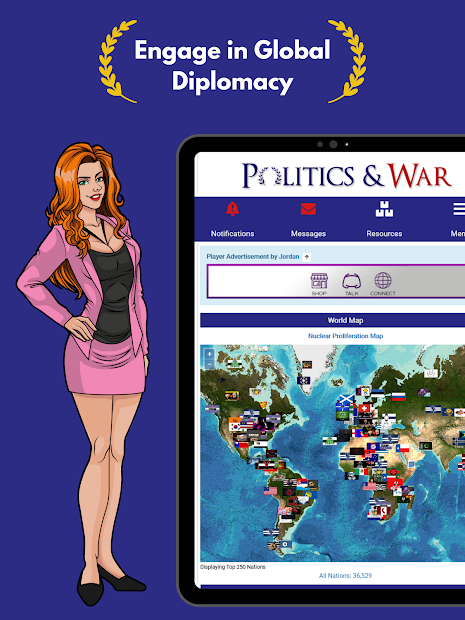 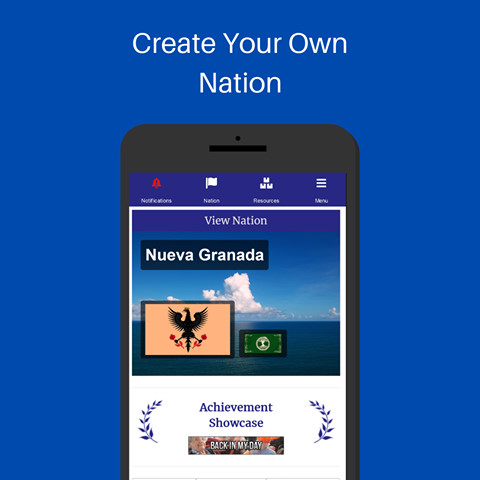 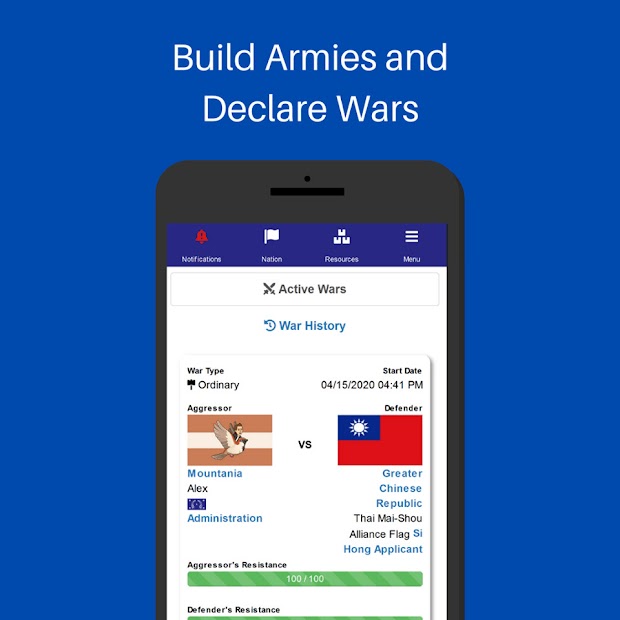 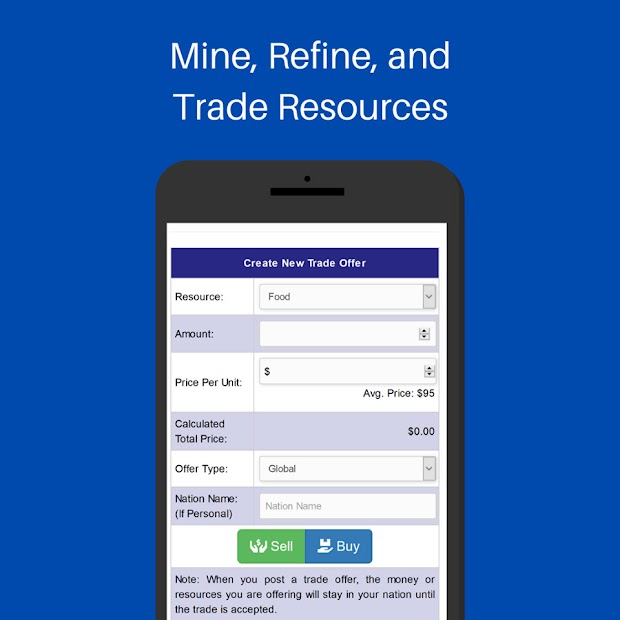 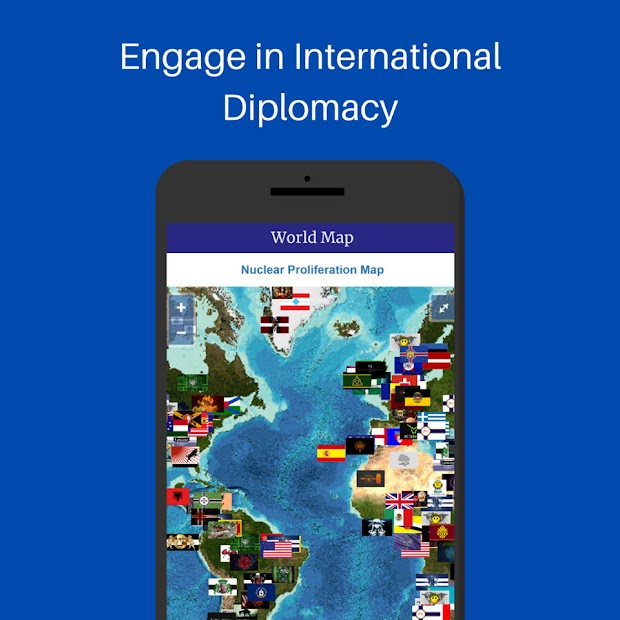 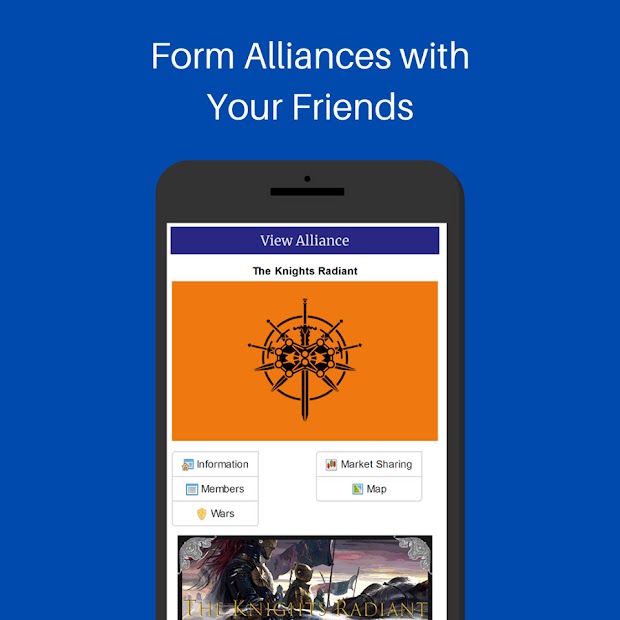 Create your own country and build your nation in Politics and War, the massively multiplayer political simulation game created by an American high school student in 2014. With over a quarter of a million players since its launch, Politics and War has become an international sensation.

Create your own country and customize it for the ultimate roleplay and world-building experience. Choose your leader, draw your borders on a map, create your own nation flag, government type, nation currency, and much more.
Mine and refine resources which can be bought and sold in a completely player-driven supply and demand economy. Use resources to power your nation, build military units, city improvement, and large-scale projects to improve your nation.

Raise armies and wage war with other players. With 7 different military units, including nuclear weapons, you can raid neighboring nations to loot money and resources or wage all out attrition war to pummel your opponents into the ground.

Engage in diplomacy with other nations by creating and joining alliances with other players. You can sign treaties, enforce political and economic sanctions, cooperate in global wars, and more. Work together with other players to compete for economic, militaristic, and diplomatic dominance in the game.

Politics and War is free to play with no in-app ads, and unlike other games has strict limits on “pay-to-win” activity. This game was built and is still being developed and improved upon by an independent developer who was only 16 when he first created the game.

With a thriving community around the game that includes player-run international organizations that handle in-game banking, nation building loans, in-game news organizations, and much more, Politics and War is an online nation building game like no other. Download it for free and start playing today.

Heroes vs Aliens: Defenders of Light